Every day somewhere in Sydney, there is a roof being replaced.

Sydney roofers like roof replacement jobs because these jobs tend to be big and it provides good day to day continuity for roofing crews.

For this reason, the roof replacement segment of the Sydney roofing industry can be very price competitive.

…  And when businesses compete on price, corners will get cut.

I am sad to confirm that we see many mediocre to plain shocking roof replacements around Sydney.

Our main line of work is repairing leaking roofs.

It may surprise you that we get a substantial amount of repair work on new roofs. Rather than fight with other roofers for new roof work or roof replacements, we just wait until they spring a leak. Then we go in and repair them.

Rather than being ‘Ghost Busters’, we are the ‘Leak Busters’. 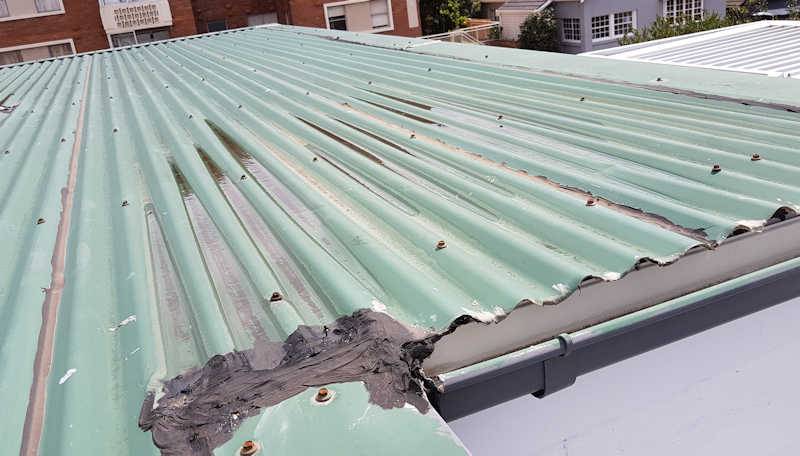 Unfortunately, not all faulty roof installations can be fixed. Sometimes, a full roof replacement is needed. It seems such a waste when a new roof needs to be replaced by another roof – just because corners are cut to achieve the lowest price.

Where are we headed in the roof replacement industry in Sydney?

From such a low point, things can get only better.

The internet is information intense. Soon, people will ask better questions because they have more information at hand and they will make better decisions about their roofs.

Which means there will be less new roofs replacing bad new roofs. But the need for roof replacements will not diminish much. And this is because of the colorbond metal roof revolution that is slowly changing the roofscapes around Sydney.

People like colorbond roofs. Instead of replacing their old tile roofs with new tiles, they replace them with colorbond metal roofs.

And there are some tile roofs that are too flat and the only permanent solution is a roof replacement  – by (you guessed it) a colorbond roof.

Asbestos roofs are exterminated and colorbond roofs take their place.

Rusty roofs get the flick and the replacement is a colorbond roof.

So, as we head around Sydney fixing leaks, we get asked to do our fair share of roof replacements.

Thankfully, we do not make the same mistake of doing cheap jobs that cost more money to the homeowner in the long run…

What does a tile to colorbond roof replacement look like? 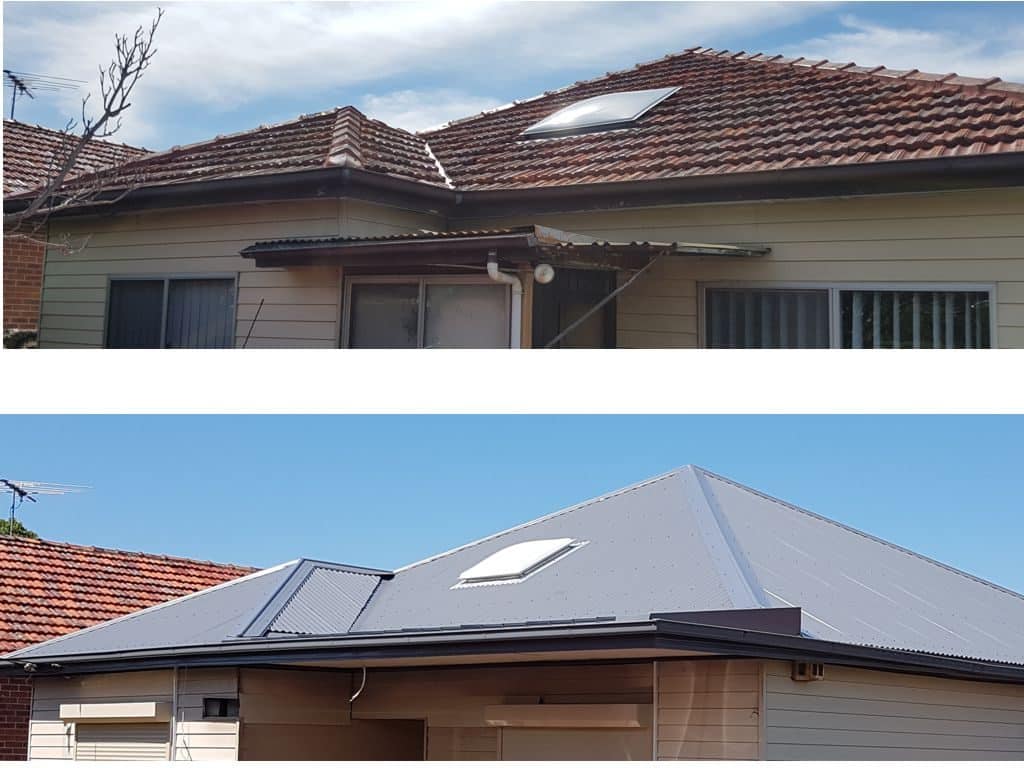 More options with a colorbond roof

Colorbond is a more versatile material and can be used for flat to steep pitched roofs.
We incorporated a front porch into this tile roof above without a problem.
Even for simple tile roofs, a colorbond roof replacement will look a lot different (on the better side?) than a tile one.

There are some extremely steep roofs in Sydney and we copped some…
I have been fortunate over the years with my roofers. Because they take on challenging roof leak fixes, they take challenging roof replacements in their stride.,
Most roof replacements in Sydney are quite straight forward. The challenge is when the access is poor or the roof complicated and steep.
There was a roof in Sydney’s inner west that demanded patience…. 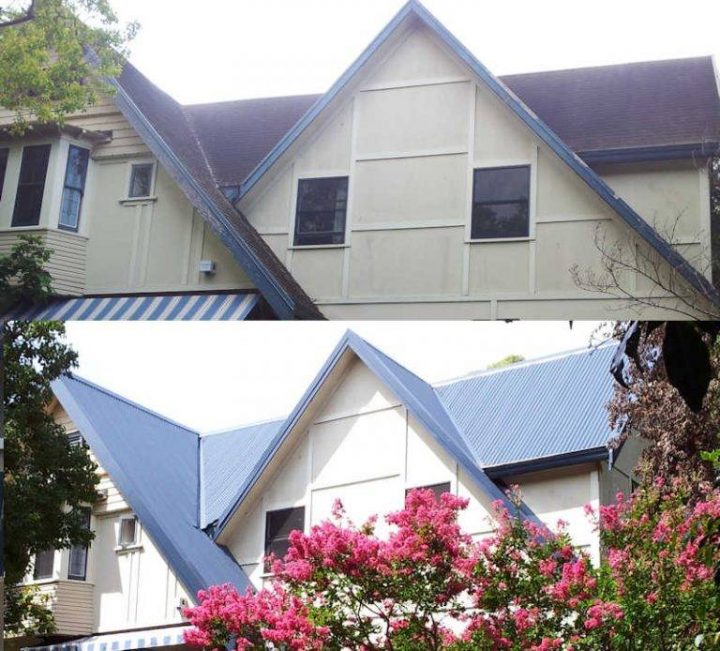 I have climbed on thousands of rusty roofs around Sydney and seen all types of sealant over rust holes. I have even put silicone over holes to provide the homeowners temporary relief.

“The old roof has served you well” I tell them.

“Now you need to replace it with a new one.”

Even under pitched roofs, there is the opportunity to put in blanket insulation under the new roof sheets. 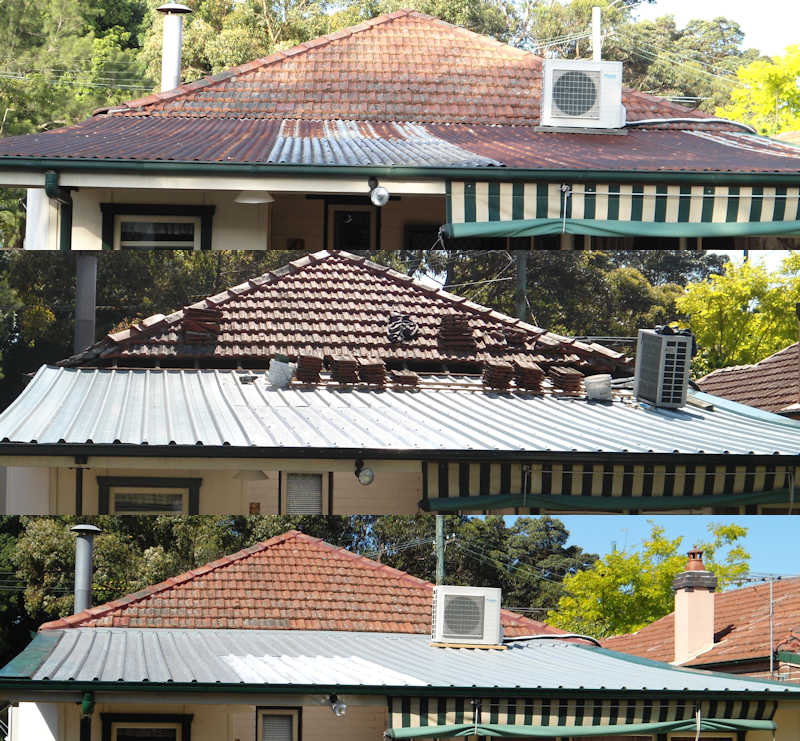 Where tile roof replacement will not work.

Roof tiles only work because they are designed to keep water running quickly along its length.

So they need to be laid steep.

Imagine a thatched roof. I can only think of steep ones!. And they don’t leak because they are steep.

A 22 degree pitch is considered ‘safe’ by most tile manufacturers. Still, roof designers and tilers continue to put tiles on roofs down to 10 degrees!

When I see leaks on these low pitch roofs, I tell the poor homeowner that the only permanent solution is a colorbond roof replacement. 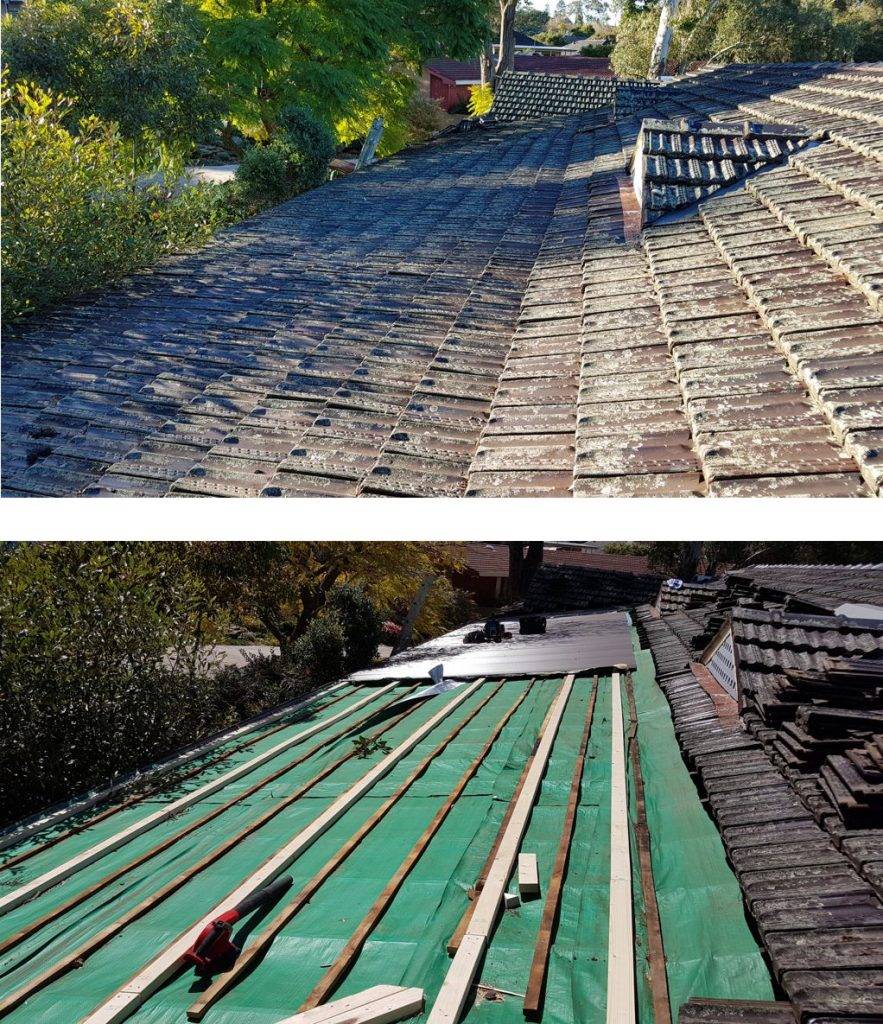 Finally, there are a lot more resources on this website about roof repairs and roof replacements.

DO check out Leaks from flat tile roofs.

DO book an obligation free inspection with us and we will let you know what we think.